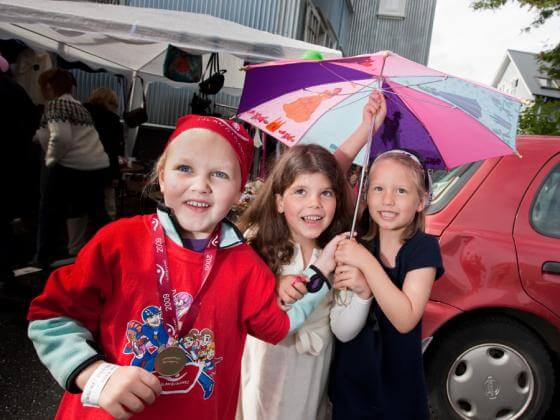 Iceland was the last country to be settled in Europe, when emigrants from Scandinavia and the British Isles first came to live on the island in the ninth and tenth century. It remains the most sparsely populated country in the continent with less than three inhabitants per square km. Shaped by the unrelenting forces of nature, Iceland’s harsh natural environment has bred a resilient nation that has learn to exist under extreme conditions, and harness the natural resources they create for its own prosperity.

Today, Iceland is a progressive, modern society that continuously ranks at the top of measurement’s for quality of life, such as the United Nations Human Development Index. Its economy is one of the most productive economies in the world, per-capita, and it is annually considered to be one of greenest countries on the planet, due in large parts to its vast renewable energy resources.

The cornerstone of Icelandic culture is the Icelandic language, which has spawned a literary tradition that dates back to the ancient Icelandic Sagas. Violent tales of blood feuds, traditions, family and character. A strong literary tradition still thrives in modern Iceland. and Icelandic authors publish more books per capita than in any other country in the world.  Iceland also boasts a prospering music scene, a burgeoning film industry, and Icelandic design is coming of age.

Icelandic customs and traditions are inspired by centuries long insular existence and a curious mixture of pagan influence on a christian religion. Icelandic folk tales are ripe with mysticism, ghosts and elves and trolls, and further shaped by the natural forces and a taxing environment.

Flag: Blue with a red cross outlined in white fimbriation, extending to the edges of the flag. The colours are symbolic for three of the elements that make up the island: red is for the volcanic fires, white recalls the snow and glaciers, and blue is for the skies above.

Government: Iceland is a parliamentary constitutional republic. Suffrage is universal from 18 years of age. The president is elected by direct popular vote for a term of four years, with no term limit. Most executive power rests with the Government, which is elected separately from the presidential elections every four years. Alþingi is a legislative body of 63 members elected for a term of four years by popular vote. Judicial power lies with the Supreme Court and the district courts.

Language: The official language of Iceland is Icelandic, a North Germanic language derived from Old Norse. It has changed relatively little throughout the centuries. English is widely spoken and understood.

Religion: Most Icelanders (80%) are members of the Lutheran State Church. Another 5% are registered in other Christian denominations, including the Free Church of Iceland and the Roman Catholic Church. Almost 5% of people practice Ásatrú, the traditional Norse religion.

Time: Iceland is on Greenwich Mean Time (GMT) throughout the year, and does not go on daylight saving time. 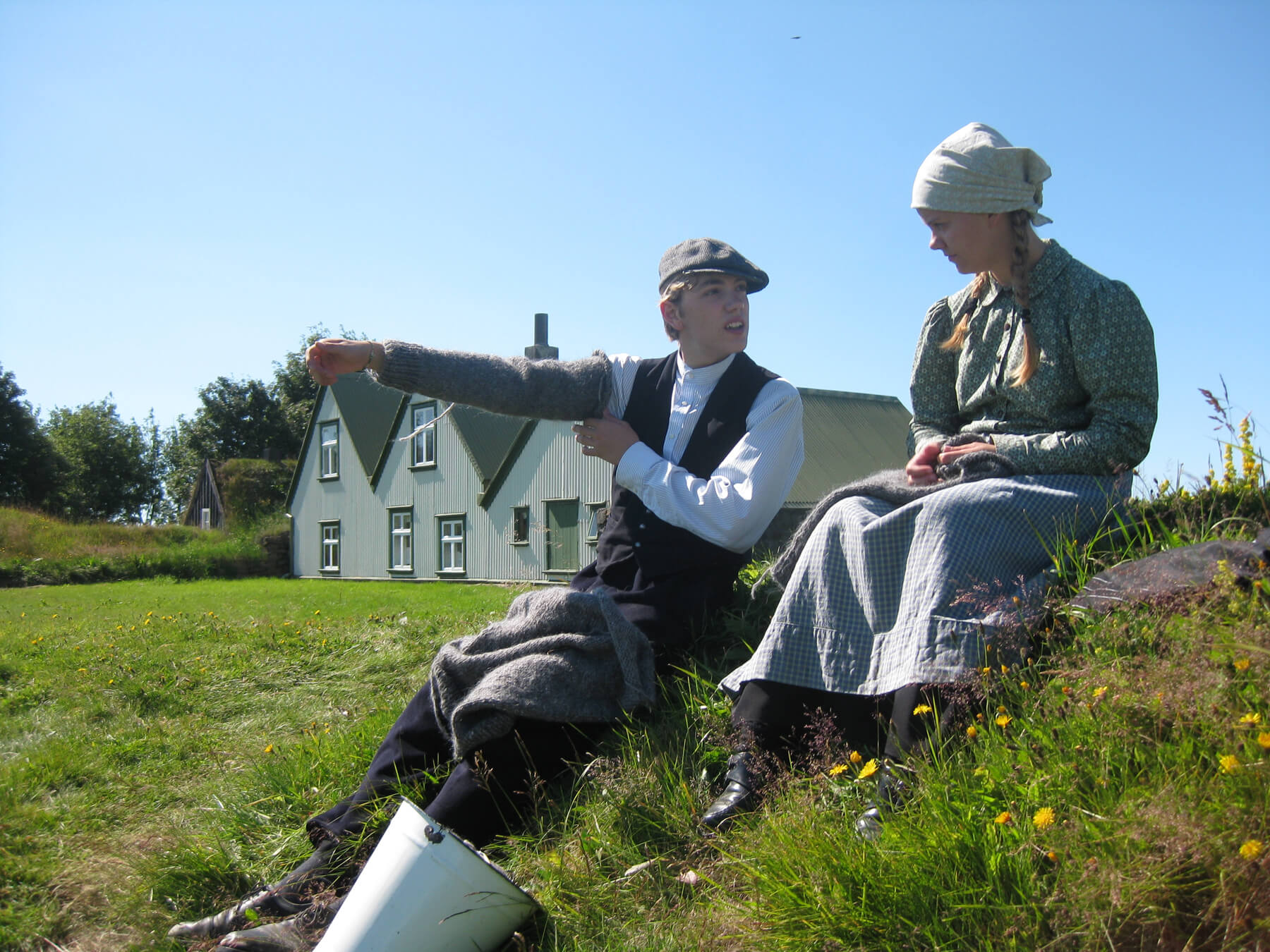 Next door to Nature

People in Iceland benefit from a high quality of life; the Reykjavik Capital Area is beautifully situated on the waterfront and surrounded by mountains, wilderness and amazing geological phenomena. Geothermal resources provide green energy for industries, as well as hot water for heating houses and other domestic use. Geothermal water is also used for the country’s signature number of spas and thermal pools, which play an important role in the citizens’ recreational activities and act as a meeting point to discuss the weather and current affairs. 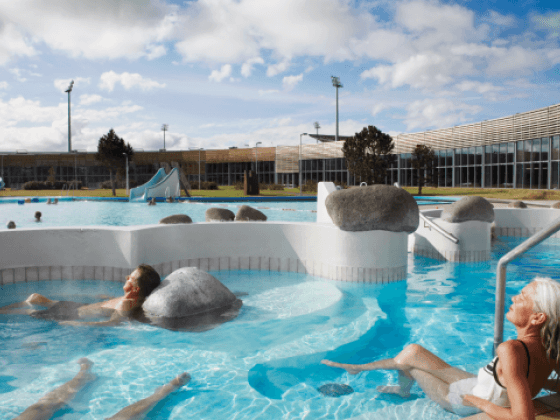 Public and welfare services are highly developed in the capital area, providing multiple services and assistance to its citizens. There is extensive quality healthcare service available in the capital area, with a University Hospital close to Reykjavik city center. In terms of health, life expectancy at birth in Iceland is 83 years, three years higher than the OECD average of 80 years, and one of the highest in the OECD. Life expectancy for women is 84 years, compared with 82 for men. Infant mortality rates indicate that Iceland, in the last few years, has the lowest rates in Europe. State of Health in the EU Iceland Country Health Profile 2019

Iceland has a high level of education. Literacy-rate is universal, and has been since the end of the eighteenth century. In 1907 school attendance was made obligatory for all children aged 10-14. Today, Iceland’s educational system has four levels, of which only one is compulsory. A fundamental principle of the Icelandic educational system is that everyone should have equal opportunities to acquire an education, irrespective of sex, economic status, residential location, religion, possible handicap, and cultural or social background

Pre-schools or nurseries can be attended from the age of 12 months to 6 years. They are defined as the first level of the educational system. The majority of Icelandic children attend pre-school and the fees are heavily subsidised by local councils.

Click here for information on education for people moving to Iceland:

Anyone who has completed upper secondary education in Iceland can apply to study at a university. With the exception of some courses like medicine and dentistry, the University of Iceland is obliged to accept all students who have an upper secondary diploma.

Iceland has seven higher education institutions, the largest of which is the University of Iceland founded in 1911. Most traditional programmes are offered in Iceland, with the exception of some highly specialised courses. Many Icelanders also conduct at least part of their university education abroad. Iceland’s universities attract hundreds of foreign students each year and many courses are taught in English. The country is well known for strong programmes in Icelandic language and literature, glaciology, and geology.

There are no tuition fees at the state universities (although there are registration fees), and student loans are available to cover living expenses and school materials.

For further information, visit the website for the Ministry of Education, Science and Culture. 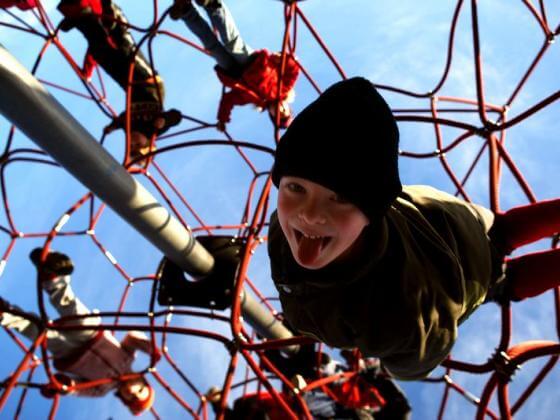 The general attitude regarding family life and children is very positive in Iceland, with a good system of legislation in place for the protection of children. When a child is born, the state secures monthly income for each parent for three months, and additional three months that the parents can divide between them. The average birth rate in 2016 was 59,3 children per 1000 women. The state provides thorough and systematic health care for young children, as well as excellent health care for families and individuals. Private Nursery child care is subsidized by the capital area municipalites and Kindergartens / Preschools are run by municipalites with reasonable fees paid by the parents. The labor market is in general family friendly and many workplaces offer flexible working hours. All full-time employees have the right to 6 weeks’ paid vacation each year. Children in Iceland experience a lot of freedom. Many of them travel to school and sports activities on their own, and children are normally free to go out and play with other kids in the neighborhood. 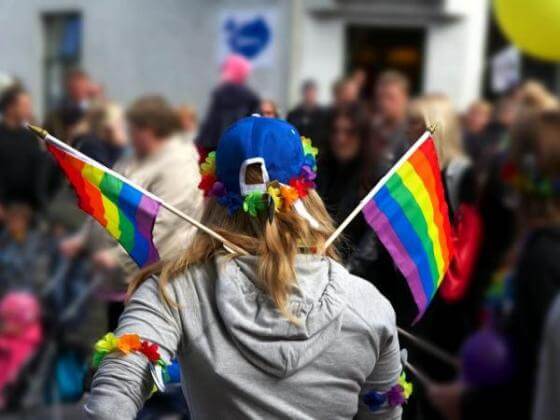 Gender equality and human rights are fundamental in all policy making for both parliament as well as municipalities. Iceland prides itself on its accomplishments in human rights. Iceland has elected a single mother as president and has a female bishop. From 2009 to 2013 Iceland had an openly gay prime minister. One of the biggest festivals each year is the gay pride parade, where 10% of the population comes together to celebrate diversity. In the year 2017 38,1% of parliamentarians in Iceland are women which is the 21st highest percentage in the world. According to the WEF (report 2018), the Global Gender Gap in Iceland is the lowest in the world. 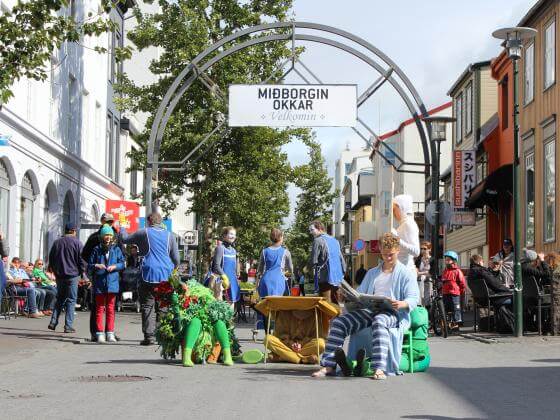 Iceland was voted in 2014 as the most peaceful country in the world. It is the only NATO member which does not have a standing army and its police officers do not carry firearms on regular duty. Crime rates are often difficult to compare between countries because of different legal codes but Iceland has a very low homicide rate with only 0.3 recorded cases per 100,000 population, compared with 5.0 in the USA or 18.1 in Mexico. 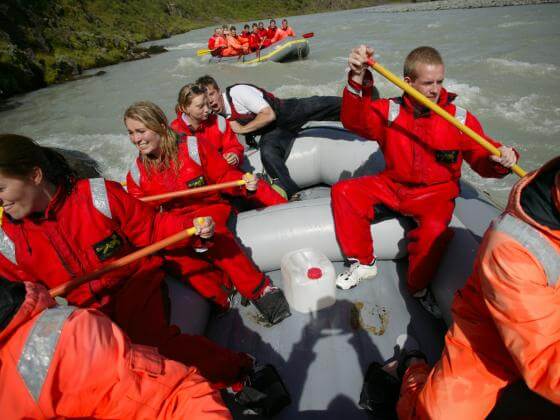 Reykjavik Capital Area is truly next door to nature, having the waterfront on one side and the Heidmork nature reserve on the other. Inside and outside the city there are many excellent hiking trails and mountains to conquer. The ocean offers excellent opportunities for whale watching, sea angling and water sports. The capital area has many golf courses which are open during summer. Municipalities in the area offer excellent indoor and outdoor sports facilities for children and quality training and participation programs are offered in all parts of the city.